Home News Abortion Law repealed in the US: Hundreds of Protesters ask the Supreme...
News

Abortion Law repealed in the US: Hundreds of Protesters ask the Supreme Court for free Abortion 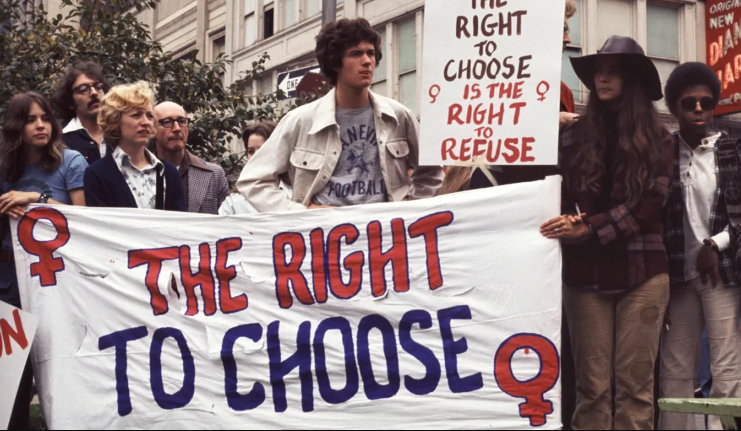 The Supreme Court of the United States annulled last Friday, June 24, the protection of the right to abortion in force in this country since 1973, in a historic and questioned decision that will allow each state to decide whether to maintain or prohibit this reproductive right.

The ruling states that the Constitution “does not grant” this right and returns the authority to legislate on abortion to the “people” and their “elected representatives.”

The decision published today reverses both the ruling known as “Roe versus Wade”, agreed upon 49 years ago, which protected the right to abortion throughout the country, like another resolution from 1992, “Planned Parenthood versus Casey”, which reaffirmed said protection, but allowed states to establish regulations on the process.

“It is time to abide by the Constitution and return the issue of abortion to the elected representatives of citizens,” says the ruling written by Judge Samuel Alito in a phrase that was also included in his draft, leaked to the media in May.

YOU CAN SEE: Winter is coming! 8 Tips to improve Immunity in the Season

After this decision, thousands of reactions from different frameworks were immediate. The United Nations Organization (UN) and its UN Women agency condemned the ruling.

“Women’s ability to control what happens to their own bodies is also associated with the roles they may play in society, whether as a member of the family, the workforce or government,” reads the report. document called UN Women Statement on new restrictions to reproductive rights.

The decision of the Supreme Court has gone ahead by majority, with six votes in favor —although with one of them with a separate opinion— and three votes against.

YOU CAN SEE: How to Lose Weight Healthy? 4 Things you need to know

President Joe Biden speaks out on repealing the abortion law

The president of the United States, Joe Biden, declared this Friday that the decision of the Supreme Court to annul the right to abortion was a “tragic mistake” and the result of an “extremist ideology”.

“The health and lives of women in this country are now in danger,”stressed the Democrat in a solemn speech after the historic sentence was known. He lamented a “sad day” for the United States, which has become an “exception” in the world.

The president urged to continue the fight in a “peaceful” manner and to defend “at the polls” the right to abortion and all other “personal freedoms”, since the mid-term legislative elections are approaching, which are announced to be complicated for the Democrats. .

With its conservative drift, the Supreme Court divides Americans

Abortion , bearing arms, religious freedoms: the Supreme Court of the United States has taken, since its remodeling by Donald Trump, a turn to the right that erodes its legitimacy and guides its internal functioning.

Its members “are supposed to interpret the law, not do politics, and yet that is what they do,” lamented Kim Boberg, a 49-year-old computer scientist interviewed by AFP on Friday in front of the white marble building that houses the temple of law in Washington.

Like her, the demonstrators who came to protest against decisions of the supreme judges were kept at a distance by high fences, a symbol of the rupture between the venerable institution and the majority of Americans.

Only 25% of citizens have confidence in the institution, an all-time low, according to a Gallup Institute poll published on June 23, before its most controversial decisions were issued.