Home News Alarm for Taiwan: the US denounces an "unjustified escalation" and China sanctions...
News

Alarm for Taiwan: the US denounces an “unjustified escalation” and China sanctions Nancy Pelosi

The US Secretary of State said that “there is no justification for this extreme military response”; according to Taipei, 68 fighter planes and 13 Chinese warships crossed the “middle line” of the strait 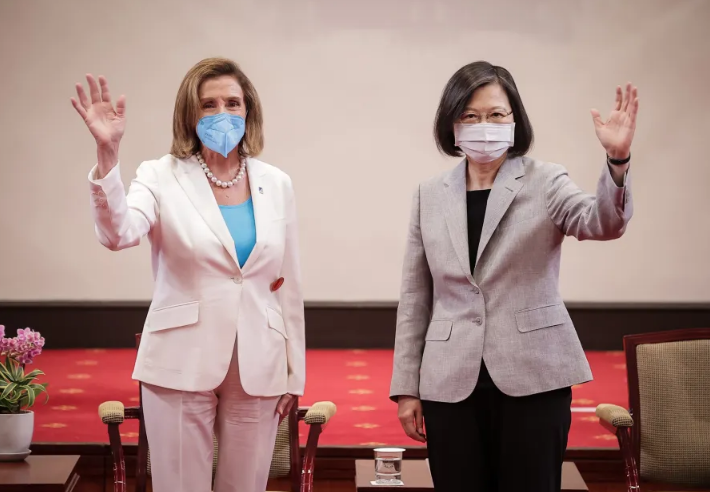 TAIPEI.- China’s missile launch during military exercises around Taiwan was an unwarranted escalation, US Secretary of State Antony Blinken said, while Beijing said it would impose sanctions on House Speaker Nancy Pelosi, for visiting the island .

Diplomatic relations deteriorated further on Friday, as the Chinese Foreign Ministry said it will cancel dialogue between the two countries’ military leaders and suspend bilateral talks on climate and maritime security.

Blinken said Washington has repeatedly made it clear to Beijing that it is not seeking a crisis, as diplomatic rifts continued over Pelosi’s visit to the self-ruled island, which Beijing considers its sovereign territory.

“There is no justification for this extreme, disproportionate and escalating military response ,” Blinken told a news conference on the sidelines of the Asean Regional Forum in Cambodia. He added that “now, they have taken dangerous acts to a new level.”

China kicked off its biggest-ever military exercises in the seas and skies surrounding Taiwan on Thursday, a day after Pelosi angered Beijing by making a solidarity trip to the island, the highest-level US visit to Taiwan in 25 years. Live-fire drills are scheduled to continue until noon Sunday.

On Friday, the Chinese military conducted air and sea exercises to the north, southwest and east of Taiwan “to test the joint combat capabilities of the troops ,” the People’s Liberation Army Eastern Theater Command said in a statement on Friday. his official Weibo account.

Blinken stressed that the United States will not take action to provoke a crisis, but will continue to support regional allies and carry out regular air and sea transit through the Taiwan Strait . “We will fly, sail and operate where international law allows,” he said.

The White House summoned Chinese Ambassador Qin Gang on Thursday to condemn the escalation of actions against Taiwan, The Washington Post reported. 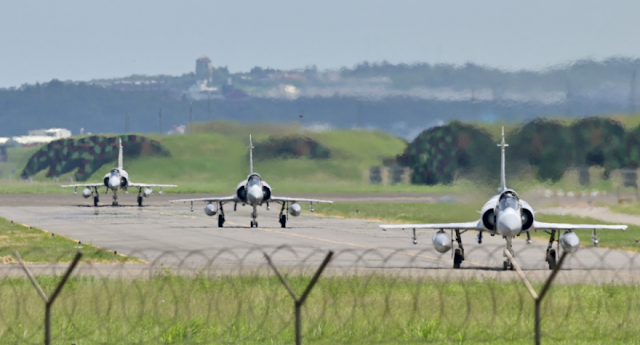 The Chinese Foreign Ministry announced Friday that it will impose sanctions on Pelosi and her immediate family in response to her “vicious” and “provocative” actions.

Despite China’s serious concerns and strong opposition, Pelosi insisted on visiting Taiwan, seriously interfering in China’s internal affairs, undermining China’s sovereignty and territorial integrity, trampling on the one-China policy, and threatening peace. and the stability of the Taiwan Strait,” a Foreign Ministry spokesman said in a statement.

READ ALSO: The Chinese Rocket re-entered the atmosphere: The Videos and where it Fell

On Thursday, China fired multiple missiles into the waters around Taiwan in an unprecedented escalation during live-fire exercises.

The Japanese Ministry of Defense , which is attentive to the maneuvers, first reported that up to four missiles flew over the Taiwanese capital. It also said that five of the nine missiles fired at its territory landed in its exclusive economic zone (EEZ), also for the first time, prompting a diplomatic protest from Tokyo.

Taiwan’s Defense Ministry later declared that the missiles were high in the atmosphere and did not pose a threat. He did not give details of their flight paths, citing intelligence concerns.

Asked to comment on the missile launch, Taiwanese Prime Minister Su Tseng-chang did not respond directly, but referred to China as the “evil neighbor showing his power at our doorstep.”

In Tokyo, Pelosi addressed the diplomatic furor caused by the congressional delegation’s week-long trip to Asia, and more specifically to Taiwan.

“We have said from the beginning that our representation here is not about changing the status quo in Taiwan or in the region ,” he told a news conference after meeting with Japanese Prime Minister Fumio Kishida.

The discoverers of one of the oldest Teeth in the World are in trouble – where is the human tooth from Orozman?

Three different sources confirmed to RFE/RL that on September 20, in the evening hours, employees of the General Inspection of the Ministry of Culture...
Read more