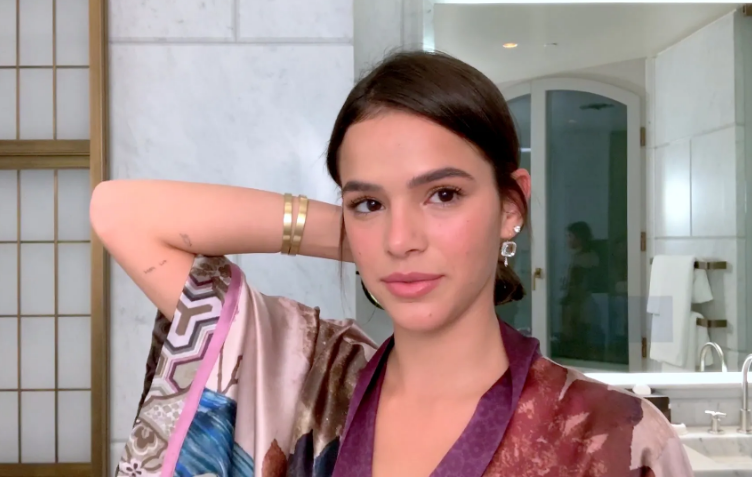 Playing the female protagonist of ‘Besouro Azul’, by DC, Bruna Marquezine has been enjoying her free time with the film’s team

The recordings of ” Besouro Azul ” have already started! Because of this, Bruna Marquezine took up residence in Atlanta, United States, where the film is being shot. Giving life to Jenny, the film’s female lead , the actress has been taking her first international steps in the Hollywood industry.

In a long interview with Marie Claire, the magazine on which Bruna Marquezine was the cover in June/July, the actress told about the experience of acting opposite and of being taking this big step in her career: “I don’t like to be blasé, but this It’s definitely a big moment for me”, he declares.

Living anonymity in the USA

Known since she was a child for playing important characters in Brazilian dramaturgy, Bruna Marquezine cannot help but be noticed. But during her stay in the United States on account of the film’s recording, the actress says she is taking advantage of her anonymity. And among the activities she has been doing during this period, Bruna says she is taking the opportunity to spend her free time with the film’s own crew .

In April, for example, the actress was spotted at a football game in Atlanta with fellow actors Xolo Maridueña and George Lopez.

Also participating in ‘Maldives’ , a Brazilian series on Netflix, which premieres in more than 190 countries in June, Bruna Marquezine confessed that at the beginning of the recordings of “Besouro Azul”, she was very nervous.

“On the first day in the studio I was agitated, nervous. Angel [Manuel Soto, director] is a guy who makes me feel very at home, he was always extremely kind and sweet to me, and he reassured me”, said the actress in an interview. .

Bruna also said that she met actress and activist Susan Sarandon . At first, she said “fake custom”, but that the situation touched her. “I was filming and she came over to say hi. I pretended to be totally used to it, but when she left I went to my trailer, I cried.”