Home News Is the United States in a Recession? It's Complicated
News

Is the United States in a Recession? It’s Complicated

The GDP contracted for the second consecutive quarter at an annualized rate of 0.9%, a widely accepted definition of “technical recession”, but a committee made up of eight economists declares the cycle changes in the first global power 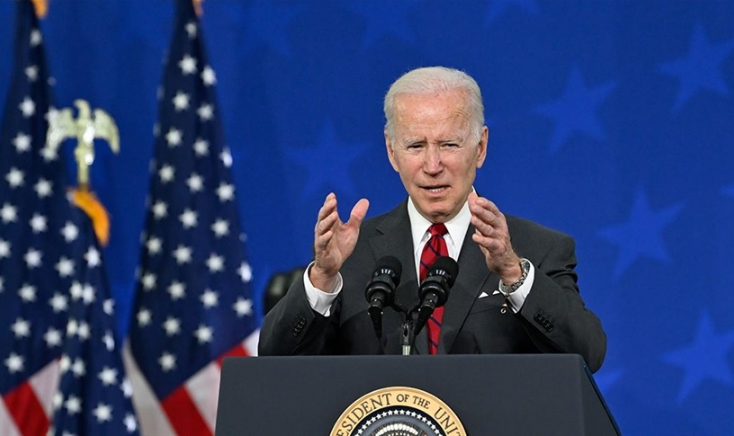 WASHINGTON.- The US economy posted its second consecutive quarterly decline in the first half of the year, a widely accepted definition of a “technical recession.” But despite the reality shown by the hard numbers, whether or not the leading global power is already in recession has become a subject of heated political debate: the White House has tried in every way to avoid an official statement, a acknowledgment that the country is in crisis , while the opposition has leaned on the numbers to renew its offensive against the policies of President Joe Biden.

The Bureau of Economic Analysis reported that the US gross domestic product (GDP) fell at an annualized rate of 0.9% in the second quarter of this year after a 1.6% contraction in the first three months. Two consecutive drops in GDP mark a “technical recession”, but in the United States, recessions are officially declared by the National Bureau of Economic Research (NBER) , and the White House has said that the country is not in a recession. .

“After last year’s historic economic growth, and recovering all the private sector jobs lost during the pandemic crisis, it’s no surprise that the economy is slowing as the Federal Reserve moves to reduce inflation,” Biden said in a statement. statement, in which he chose to speak of “transition” instead of “recession”.

READ ALSO: China warns that the US will have to bear “all the consequences” if Nancy Pelosi visits Taiwan

“But even as we face historic global challenges, we are on the right track and will come out of this transition stronger and more confident.”

For the NBER, a recession is “a significant decline in economic activity that spreads throughout the economy and lasts more than a few months.” A committee made up of eight economists defines the changes in the economic cycle of the United States, an opinion that follows three criteria: depth, diffusion and duration. Each criterion must be met individually to some extent, although extreme conditions can partially compensate, as was the case with the recession caused by the coronavirus pandemic, which was very severe, but very short.

Beyond the discussion, the data clearly shows that the economy has suffered a strong brake in the midst of the highest inflation peak in the last 40 years, the loss of confidence of Americans in the direction of the country and the economy, and the slide of the stock markets registered in the first half of the year. Real estate sales have weakened. Consumption, the main engine of the economy, remains firm but its growth has slowed amid persistent inflation and the tightening of monetary policy by the Federal Reserve, which has made credit more expensive.

“What is a recession? While some argue that two consecutive quarters of falling real GDP constitute a recession, that is neither the official definition nor the way economists assess the state of the business cycle,” was the first line of a comment published by the House. Blanca a week ago, preparing the field for the data that was released this Thursday.

The White House stressed that determining whether or not the country is in a recession depends on a “holistic look” at the data and not just reading the GDP, citing, for example, the labor market, which still continues to generate employment. .

Share
Facebook
Twitter
Pinterest
WhatsApp
Previous articleBeyond Netflix! Discover other adaptations of “Rebelde”
Next article“You can change the Pope”: Francis said he does not think about resigning, but that he could do it “the day after tomorrow”