The Joe Biden Administration Will Cancel $10,000 in Student Loans to Millions of Americans: Will It Be Much, Little or Nothing Inflationary? 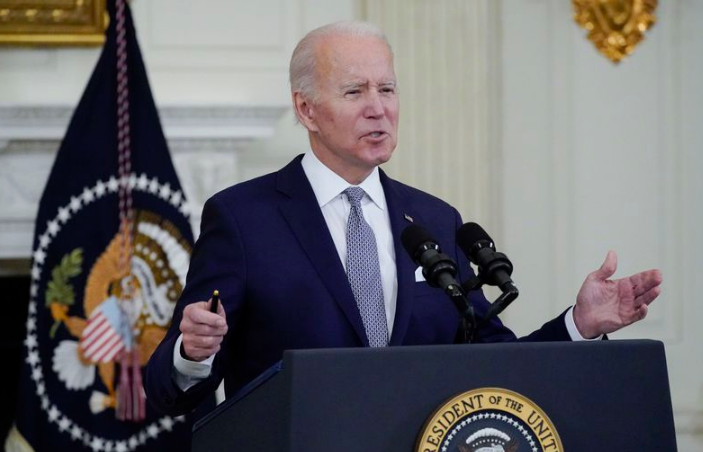 In the USA, families request assistance from the State to pay for their children’s university . And the debt must be paid after graduation. In many cases, the liability is raised in proportion to the debtor’s income . The plan announced on Wednesday 08/24 by Joe Biden includes canceling US$10,000 of student debt to anyone who earns less than US$125,000 or couples who earn less than US$250,000 a year. Recipients of Pell Grants , which are awarded to those with particular financial need, will qualify for a $20,000 forgiveness if they earn less than $125,000 a year .

The moratorium on all payments, which has been in place during the coronavirus pandemic, will be extended until the end of 2022 and debtors will not have to pay more than 5% of their income each month.

President Biden is making good on his campaign promise to reduce federal student loan debt for tens of millions of Americans, but it is sure to lead to legal challenges and political backlash.

Such a plan will include most of the 40 million people with student debt.

About 6 in 10 borrowers with federal loans also received Pell Grants , the federal financial aid to college students, and including more benefits for Pell recipients could allow Bidensurf criticism that debt cancellation is retrogressive and benefits high-income, well-educated people.

2022 is the year of mid-term elections, that is, the renewal of Congress.

The combo could free up to 20 million beneficiaries of student debt, according to the White House, according to The Wall Street Journal, which added that the plan was well received by student defense groups and/or Democratic militants who demand the cancellation of loans. And this is so even though some of them have called for a much broader debt reduction program in the past. “An entire generation is now saddled with unsustainable debt, ” Biden said at the White House, adding that he would not apologize for what he characterized as a program to help the middle class. “I understand that not everything I am announcing today will make everyone happy,” he said. “But I think my plan is responsible and fair.” Independent estimates suggest the plan will cost more than $300 billion over 10 years. The action, while not an immediate disbursement of federal funds, will add to the federal deficit because borrowers will repay fewer or none of their loans to the federal government. While debt forgiveness is often treated as income for tax purposes, canceled student debt will be exempt, as will other federal student debt forgiveness programs. The White House said those who took out federal loans before 06/30/2022 are eligible for forgiveness. Loans taken after that date will not be eligible. Biden also announced an extension of the pandemic pause on student loan payments through the end of this year. Loan payments resumed for millions of borrowers after 08/31. About 8 million debtors could be eligible for automatic relief, officials said.

Republican lawmakers were quick to criticize the idea. “Who will have to pay for the Biden debt transfer scam? Hardworking Americans who have either paid off their debt or never took on student loan debt,” House Minority Leader Kevin McCarthy (Republican/California) wrote on Twitter. The Republican National Committee called the plan ” Biden’s bailout for the rich.” Jaime Harrison , chairman of the Democratic National Committee, said on Twitter that he was surprised Republicans criticized the plan when they “practically stumble to provide tax cuts and incentives to the wealthiest corporations and Americans.” Economists say a tailored debt cancellation plan is unlikely to exacerbate inflationary pressures in the short term, but could increase them in the long term. Even some economists generally aligned with the White House, including former Clinton Administration Treasury Secretary Larry Summers ; and former Obama Administration economist Jason Furman have criticized the cost of a potential cancellation of student debt, warning that it could force future spending cuts or tax increases. Instead, a Biden Administration official told the Financial Times that the White House believes the package will not result in higher inflation, arguing that the combination of restarting loan payments and providing debt relief would not have a net impact. or it would slightly reduce inflation over time.