Home News The British Deputy who watched Pornography in Parliament Sessions Resigned: “I was...
News

The British Deputy who watched Pornography in Parliament Sessions Resigned: “I was not proud of what I was doing” 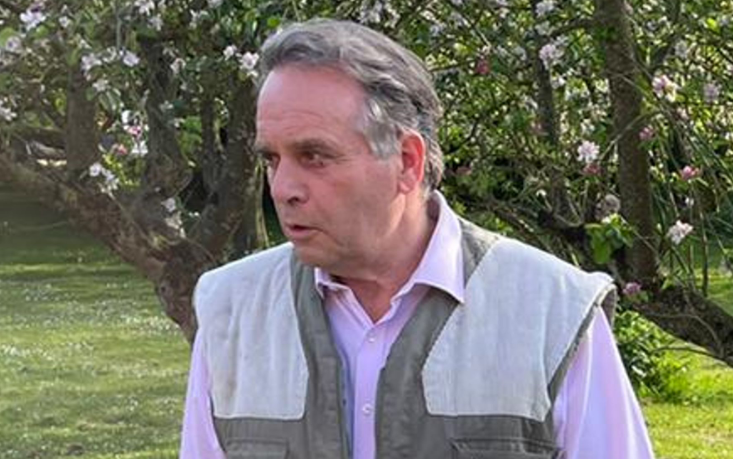 Despite the fact that he had said that he would keep his seat until an investigation was carried out, the legislator announced his resignation today in an interview with the BBC

LONDON.- British Conservative MP Neil Parish , who was the protagonist of the political scandal of the week in the United Kingdom after it was revealed that he watched pornography videos in at least two sessions of Parliament, today resigned from his seat and announced it in tears during an interview with the BBC.

The Conservative Party, to which Prime Minister Boris Johnson belongs, had suspended Neil Parish yesterday after he himself appeared before the parliament’s standards commissioner.

Parish, MP for Tiverton and Honiton, finally resigned today, despite saying he would continue as a member of the House of Commons pending an investigation.

“In the end I could see that because of the scandal and the damage it was doing to my family and my constituency it was simply not worth continuing ,” Parish told the BBC in an interview on Saturday through tears.

Parish, a farmer, said the first time he saw the explicit material he stumbled across it by accident when searching for tractors on a website with a similar name, and then looked at it “for a while, something I shouldn’t have done .”

READ ALSO: Twitter: What can Change in the Social Network after the Purchase of Elon Musk

“But my crime, the biggest crime is that on another occasion I entered a second time and that was deliberate . I was sitting waiting to vote on one side of the chamber,” said the deputy.

When asked what had been going through his mind, he described it as “a crazy moment”.

“I will have to live with this for the rest of my life. I made a huge mistake and I am here to tell the world about it,” she added.

Earlier this week, British media reported that a female minister said she had seen a male colleague viewing pornographic material while sitting next to her in the House of Commons and the same lawmaker viewing pornography during a committee hearing.

Prime Minister Boris Johnson said Thursday that if confirmed, it would be “totally unacceptable behaviour” in any workplace.

“He wasn’t proud of what he was doing, ” Parish said, adding that he didn’t intend for those around him to see it.

“I’m not going to defend what I did. What I did was absolutely, totally wrong… I think I must have missed it completely.”

In an interview with The Times newspaper published before her resignation, the Parish wife said she did not know her husband had done anything similar before and that her husband was “a lovely person.”

“It was all very embarrassing, ” Sue Parish was quoted as saying by the newspaper. “I was out of breath, frankly.”

The Conservative section for his constituency accepted Parish’s resignation “thanking the services provided over the last 12 years,” according to a statement collected by Sky News.

“We support his decision to resign as a member of Parliament,” they add in the note.

Parish, 65, had been in the House of Commons since 2010 and headed the Environment, Food and Rural Affairs Committee. Previously, he had served as an MEP representing the British Conservative Party.

Share
Facebook
Twitter
Pinterest
WhatsApp
Previous articleTwitter: What can Change in the Social Network after the Purchase of Elon Musk
Next articleThe Health of Pope Francis: “There is a problem: The Doctor told me not to walk”

The Secretary General of the United Nations will remind the leaders of the states that the world is facing a "great danger". After a...
Read more