Home Technology Twitter: What can Change in the Social Network after the Purchase of...
Technology

Twitter: What can Change in the Social Network after the Purchase of Elon Musk 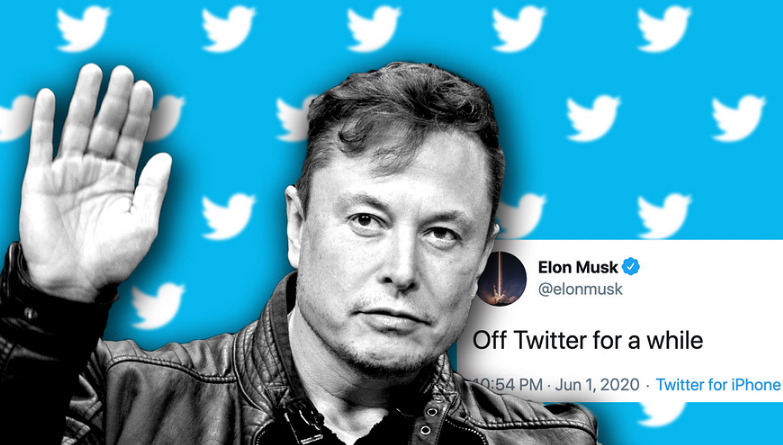 The platform will be, once approved by the authorities, owned by the richest man in the world, who proposes a series of changes for his new acquisition

It’s official. The social network Twitter has reached an agreement to sell the company to billionaire Elon Musk for a value of $44,000 million .

The transaction, approved by shareholders and regulators on Monday, April 25, is expected to be completed this year . The company must now close its capital, ceasing to have shares traded on the stock market.

Now changes are expected to come in the social network. Musk, the world’s richest man according to Forbes and founder of aerospace technology company SpaceX and electric vehicle maker Tesla,  has been advocating a series of modifications to the platform.

Changes to the way content is moderated, new monetization avenues, restrictions on  bots , and more transparency about the algorithm used by the platform are expected.

Experts warn, however, that these are not trivial changes and, depending on how they are carried out, they can interfere with the formation of public opinion and democracy itself.

Musk’s acquisition raises great expectations that the platform’s content moderation mechanisms can be loosened . Critics believe this could lead to the  proliferation of hate speech and extremist content  prohibited by the social network’s rules.

“Musk’s logic is that speeches must be free to be moderated in the market of ideas,” Christian Perrone, coordinator of law and technology at the Institute of Technology and Society in Rio de Janeiro, told journalist Thais Carrança from BBC Brazil.

“There is uncertainty about how content moderation will look after the acquisition. Spaces can be opened for disinformation and more polarized discourses”, observes the expert.

Sergio Amadeu, a professor at the Federal University of ABC in Brazil and a researcher on digital networks, is concerned about the possible changes. “Twitter published a survey last year on his blog that shows, for example, that in seven countries, with millions of evaluated tweets, right-wing speeches were more widely disseminated or promoted than left-wing ones,” recalls Amadeu.

“So we know that these platforms are not neutral, they interfere with people’s attention to content and, therefore, with democracy and the formation of public opinion. That worries me a lot”, says the teacher.

A second expected change is increased monetization of content, for example with a  bigger push for pay-per-use posts.

Given the enthusiasm of the South African billionaire for cryptocurrencies, analysts estimate that he can also promote them on the social network.

“With the advancement of monetization, whoever has the most money wins. This is what is happening, for example, on Facebook and YouTube”, observes Amadeu.

“Or what happened in Brazil in 2018. It is often said that the Bolsonaro campaign was cheap, but it was not. It was a distributed campaign, with a lot of money and a lot of use of messaging platforms like WhatsApp. Money was spent,” says the professor, citing a Brazilian example of content dynamization for political purposes.

READ ALSO: WhatsApp will allow you to React to Messages by any Emoji

Musk has promised to open up Twitter’s algorithm,  bringing transparency to the technology used to personalize the content  displayed for each user.

“One of the things that I think Twitter should do is open source their algorithm , and (if) they make any changes to people’s tweets, whether they’re boosted or not, that action should be obvious to everyone. see, what action was taken, so that there is no behind-the-scenes manipulation, either algorithmically or manually,” defended the businessman.

Amadeu believes that greater transparency of the algorithm is positive, but not enough. “Opening up the algorithm means that anyone with technical skills, with an understanding of data science and statistics, will be able to understand how the algorithm works. This is good because it will allow us to know how it works effectively, what the platform does with the data it receives. It’s important for society to know about it,” he says.

Perrone, for his part, thinks this may be a “ double-edged sword ”. “This creates greater clarity about how things work. Let’s understand what kind of things are moderated, what interventions are made, how the moderation process is balanced, ”he says.

“But in the same way, when you have more clarity about how the algorithm works, you can have people who will learn how to get around it. You can hand over the rules of the game to irresponsible players, with a non-positive agenda.”

Another flag of Musk when it comes to buying Twitter is  to reduce the activity on the platform of automated profiles , known as  bots .

It also proposes  expanding the verification of profiles of real people . In the verification process, the network requests documents and data to prove that a person is himself, giving a blue seal to the verified pages.

Perrone points out, however, that there are complexities to this process. “First of all, it’s very difficult to define what a  bot is ,” he says.

“A second point is that not all  bots  are bad by definition, there are  bots  that are used in a super positive way , to send information that would otherwise be restricted to a very small group of people.”

A greater dissemination of the profile verification process raises concerns about data security and the privacy of users, who will have to provide more information to the social network.

5. The doubts that remain

One of the biggest unknowns left by the Twitter purchase is  whether the account of former US President Donald Trump will return.

Trump ‘s account was permanently suspended last year in the wake of the January 6 riots at the Capitol building in Washington. But even if his Twitter ban is reversed, Trump says he does not plan to return to the social network, opting instead to use his own platform, Truth Social , as BBC business journalists Annabelle Liang and Peter Hoskins point out.

Ming-Chi Kuo, a technology analyst at investment management firm TF International Securities, told the BBC that Trump may decide to return to the platform if he runs in the 2024 US presidential election.

Another question is  whether people will leave the social network or stay on it.  Musk said he hopes even his strongest critics will stay on the platform “because that’s what free speech means.”

However, some users have threatened to leave Twitter, while others have already done so .

Dan Ives, an analyst at investment firm Wedbush Securities, told the BBC he expects most users to “take a wait-and-see approach”.

In addition, Amadeu believes that Musk’s purchase of Twitter could be the beginning of a process of acquisitions of other platforms by the billionaire , to form a conglomerate of information services, such as companies such as Alphabet (owner of Google), Meta (parent company of Facebook), Microsoft and Apple.

“With the acquisition of Twitter, perhaps it is pointing to a rearrangement in its companies”, evaluates the analyst. “There isn’t a big conglomerate today that doesn’t have multiple platforms at its core.”

Share
Facebook
Twitter
Pinterest
WhatsApp
Previous article6 Tips to Lose Weight with a Total Focus on Post-Carnival
Next articleThe British Deputy who watched Pornography in Parliament Sessions Resigned: “I was not proud of what I was doing”

The approximate reading time is less than a minute. Juventus summarized the last financial year, which ended on June 30, 2022. A new report...
Read more