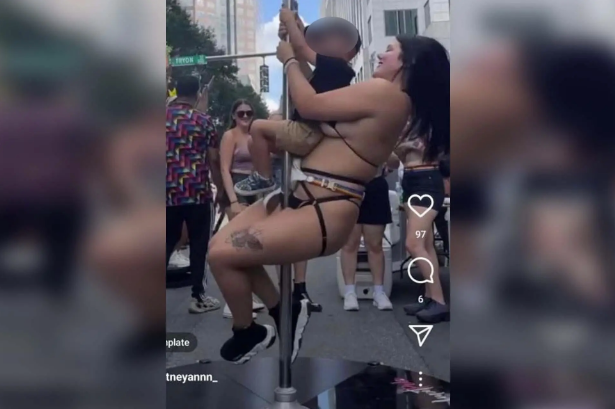 The controversial image of a creature clutching a poledance pipe and in the arms of an adult woman with a garter belt and half-naked in the framework of the Gay Pride and LGTTBQI+ March in North Carolina shook the ultra-conservative American society.

The official Twitter account @libsoftiktok published a screenshot showing the precise controversial moment of this child holding on to a metal pipe during the LGTTBQI+ March in North Carolina on August 21 and 22.

Celebrities and politicians from the Republican Party of the United States condemned what happened, alluding that it was a case of sexualization of childhood regarding new gender perspectives and sexual- affective diversities . The chairman of the Texas Republican Party tweeted the image and added a comment:

Another case of opening and including boys and girls to LGTTBQI+ celebrations and marches was the Central Pennsylvania Pride March (08/4/22). An image of a creature with a multicolored tulle tutu – the same as the gay emblem flag – holding on to a striptease pole caused a stir in networks. Above all, in the photograph you could see an older man in red bathing shorts: he was the “dance” instructor. FoxNews received a press release from the official spokesperson for the Pennsylvania Pride Parade: ” The Central Pennsylvania Pride Festival stands behind the actions of Mr. Bentz, whose Metro Enterprises provided nothing more than a vehicle for fun and exercise in the Last weekend’s Pride Festival,” the spokesperson concluded. In turn, Bentz himself argued that it was a practice of creativity and bodily expressiveness.