WhatsApp will allow you to React to Messages by any Emoji 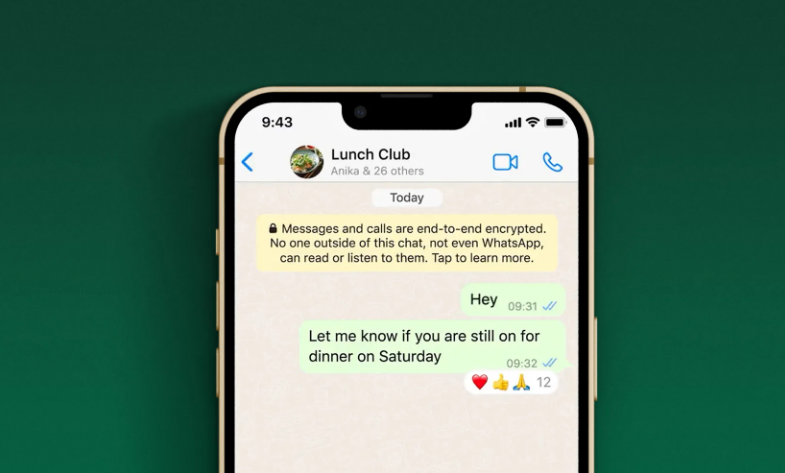 WhatsApp users will be able to use any emoji on the platform to react to messages in their chats. Find out when this update will arrive here.

WhatsApp: how to know if they read your message, even if they have deactivated the double blue check?

Why do modern phones no longer have removable batteries?

For a few months, we have compiled the different news that WhatsApp is revealing for its platform, as well as the information that is leaking from the app , according to what certain technology portals discover, as is the case with WABetaInfo . Precisely, this medium was the one that announced that the reactions to the social network will be arriving very soon, in order to complement the interaction that each user has in their chats .

Although it had been reported that six emojis were being tested as a reaction so far , in the latest beta it was discovered that the company is implementing a new selector to add all the icons already known in the conversations.

With this, WhatsApp will follow in the footsteps of its similar Messenger , which also belongs to Meta , because —according to what has been found out— everything seems to indicate that when we press on a message for two seconds, the option to react with default emojis will open. , as well as a ‘+’ button, with which you can choose the others from the general list. This is what this new update of the brand new function would look like:

YOU CAN SEE: 9 Amazing Podcasts to get you Started

What is still unknown is when we will be able to react with all the WhatsApp emojis, since nothing has been made official on the application ‘s website or official blog, although everything points to the reactions arriving with the emoji selector, which is planned for the middle of the year .

The approximate reading time is less than a minute. Juventus summarized the last financial year, which ended on June 30, 2022. A new report...
Read more